Bulgaria is one of the newest members of the EU, together with Romania. The Republic of Bulgaria is located in the Balkan region and borders two others European Union countries (Greece and Romania) as well as 3 non-EU nations (Turkey, Serbia, and Macedonia).

The territory of Bulgaria is mountainous in the southwestern part of the country, where the highest peak of the Balkan Peninsula – the Musala – is found. The capital Sofia is also situated in western Bulgaria. Near the Black Sea coast, toward the northeastern section of Bulgaria, the landscape is composed mainly of plains and smaller hills. The main river of Bulgaria is the Danube, followed by Struma and Marica.

Bulgaria is an ethnically diverse country, and although a large share of its inhabitants is of Bulgarian ethnicity, other ethnic groups such as Turks, Roma (gypsies), Armenians, and Tatars also make up the population. Despite having different origins, almost 100% of the population speaks the official language, Bulgarian.

Although still not as mainstream as France or Italy, Eastern European countries are becoming increasingly popular tourist destinations in Europe. Especially after their introduction into the European Union, countries like Bulgaria have seen their tourism industry grow a lot, with many more non-EU travellers visiting the region.

Bulgaria is one of the Balkan countries that has best preserved its history, marked by struggles against the Byzantine and Ottoman Empires. The country features an impressive number of historic buildings, as well as several archaeological sites.

Sofia, the capital of Bulgaria, is still not as visited as other historical and coastal destinations of the country. However, its youthful atmosphere and growing cultural scene are starting to attract tourist from countries like Canada, the US, and Australia. Another place worth visiting in Bulgaria is the Rila monastery, a UNESCO World Heritage Site located 120 km from Sofia. 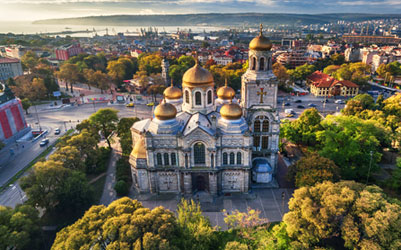 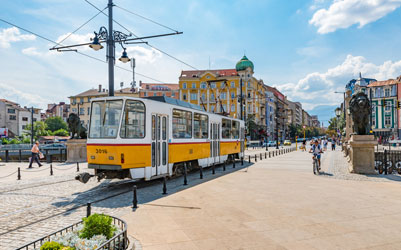 Bulgaria became a full member of the European Union in 2007, together with its neighbour Romania. Because Bulgaria is still not a part of the Schengen Area, travel regulations are not exactly the same as those of Schengen countries. In other words, a non-EU national travelling to Bulgaria would not be able to use his/her valid Schengen Visa. Nevertheless, being a part of the EU, the government of Bulgaria complies with European policies on all immigration-related issues.

Due to its location in the Balkans, Bulgaria was directly affected by the immigration crisis of 2016 following the war in Syria. Moreover, like many other countries in Europe, the Bulgarian government supported the proposal from the European Commission to reform the EU immigration legislation.

As the first measure proposed by the European Commission was the ETIAS, or European Travel and Information Authorization. The ETIAS system will be directed to all passport holders of countries which enjoy a visa-free travel policy with EU and Schengen Member States – like Canada, the US, Australia, etc.

Citizens of countries which aren’t eligible to the Schengen visa-waiver program will not be affected and should continue to apply for a specific Schengen Visa according to their travel destination. Likewise, travellers with an EU passport will not need to apply for an ETIAS when travelling to Bulgaria or any other EU country.

The main objective behind the ETIAS is to screen travellers before they arrive in European territory, thus identifying potential threats to the security and health of the European community. In addition, the ETIAS will also speed up border checks in Bulgaria and all EU territory, facilitating the decision of the immigration officer.

Bulgaria and Canada have maintained diplomatic relations since 1966. After 2007, when Bulgaria joined the European Union, bilateral relations between Canada and Bulgaria have become much more consolidated. The two countries share similar values and work together at NATO, the Organization for Security and Cooperation in Europe, and La Francophonie.

The Bulgarian and Canadian governments have also promoted partnerships in fields of commerce and trade, investment, and science and technology. Such cooperation was strengthened when the Canada–European Union Comprehensive Economic and Trade Agreement was established. Canada and Bulgaria also have sociocultural links as there is a large community of Canadians who claim Bulgarian ancestry, especially in Toronto.

From 2016, the Canadian government adopted a new travel immigration system, called eTA. The Electronic Travel Authorization aims to enhance internal border security in Canada by giving authorities more information about travellers arriving in Canadian territory. The eTA is directed to a series of countries eligible to the Canada visa-waiver program, which Bulgaria and other EU nations are a part of. Hence, when travelling to Canada for tourism, transit, or business purposes, Bulgarian citizens don’t need to apply for a Canadian visa but must bear a valid eTA.

Canadians enjoy a visa-free travel program with all EU member countries, which grants travellers the permission to visit and transit in European territory for up to 90 days in each consecutive 180-day period. However, because the European community is also in the process of reinforcing its internal borders, the ETIAS system will be introduced as of 2021. Similar to the Canadian eTA, this pre-travel authorization will be a requirement for all Canadians visiting Bulgaria. ETIAS will be valid for up to 5 years, or until the given Canadian passport expires.

The Embassy of Bulgaria in Ottawa, Canada

Consulate of Bulgaria in Toronto, Canada

Consulate of Bulgaria in Montreal, Canada

Consulate of Bulgaria in Brampton, Canada