Croatia is one of the Balkan countries (together with Greece, Romania, and Bulgaria) that are a part of the European Union. Croatia has two neighbours which are both EU and Schengen Members – Slovenia and Hungary – and two other non-Schengen and non-EU neighbours – Serbia and Bosnia-Herzegovina.

Croatia gained independence in 1991, after the fragmentation of Yugoslavia into several nations and years of confrontation with the Serbs. These combats took place in areas occupied by Serb-Croats and in millennial cities such as Dubrovnik, which was later declared a World Heritage Site. Since then, Croatia has been considered the most prosperous republic in the former Yugoslavia.

The Croatian economy is mainly driven by service and industry sectors, but after the country joined the EU, the tourism sector promoted a boost in the economy. This fact is directly related to the landscape of the Croatian territory, whose more than 1,000 islands and extensive coastline attract visitors year round.

Every summer, Croatia welcomes a huge number of tourist cruise ships to the ports of the country’s main coastal cities. Because it is a part of the European Union territory, most visitors to Croatia are still EU nationals, who needn’t a visa to enter the country. However, with its popularity increasing around the world, the number of Canadians, Americans, and Chinese travellers that come to Croatia is greater every year.

Most tourists come to Croatia for the beauty of its Adriatic coastline, its turquoise water, affordable prices (compared to Western Europe), and stylish cafes found in some city’s Old Towns. This becomes very evident when visiting cities like Dubrovnik and Split, considered more refined and European locations. Other places like the Plitvice Lakes National Park or the culturally rich capital Zagreb, are also in the itinerary of many foreigners who come to Croatia. 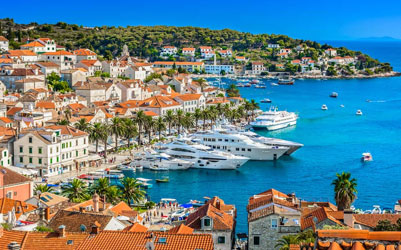 Zagreb is the gateway to all destinations within Croatia, and it is linked to major tourist cities of central Europe – such as Budapest, Vienna, and Munich – by train.

Croatia has been an EU member since 2013, and the first steps have been taken for the country to join the Schengen Area, too. Being a part of the European Union means that Croatia follows most of the EU and Schengen immigration policies. However, until Croatia is a full member of the Schengen Agreement, non-EU travellers who wish to enter Croatian territory should check their immigration requirements regardless of having a valid Schengen Visa. 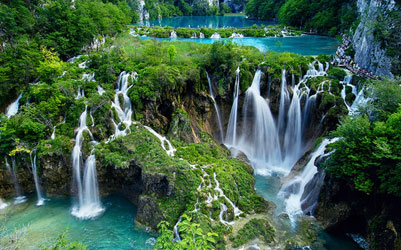 The wave of terrorist attacks and the immigration crisis that outburst in 2015 and 2016 have worried all EU nations, including Croatia. Since then, the European Commission has been discussing ways of better managing its borders so as to avoid such events in the future. Among the topics of discussion were reforms on legislation and the introduction of a new travel immigration system. One of the measures proposed by the European Commission was the ETIAS – an electronic authorization aimed at collecting travel and personal data from travellers prior to their arrival in Europe.

Because Croatia was also affected by the 2016 Syrian immigration crisis, the Prime Minister of Croatia has supported the introduction of this new regulation for controlling the influx of illegal immigrants into European territory. After all, the ETIAS will provide Croatian authorities with information of all non-EU nationals coming into Schengen Europe, which will facilitate the safekeeping of the population. Hence, starting in 2021, all non-EU passport holders who enjoy a visa-waiver policy with the Schengen Member States – like Canada, New Zealand, and Brazil – will be subjected to an ETIAS.

Diplomatic relations between Canada and Croatia began in 1993, following the independence of Croatia from the former Yugoslavia in 1991. From then on, the Embassy of Canada in Zagreb has represented Canada in Croatia. Meanwhile, the Croatian Embassy in Ottawa and the Consulate in Mississauga represent Croatia in Canadian territory.

On a global scale, Croatia and Canada have held similar positions at the UN and have worked closely together on issues related to human rights specifically. Canada was also one of the biggest supporters of Croatia’s integration into the EU as well as the NATO in 2009.

Croatian nationals haven’t required a visa to travel to Canada for tourism or business purposes since March of 2009. This situation changed in 2016 with the introduction of the Canadian eTA, and now Croatian passport holders should apply for an Electronic Travel Authorization prior to departing for Canada.

Canada is a part of a series of countries which don’t need a visa to travel to Croatia for up to 90 days. However, after the immigration crisis and terrorist attacks that occurred in Europe in 2016, EU member nations were prompted to redesign their entry/exit requirements. As an EU country and soon-to-be Schengen territory, Croatia will be integrating the ETIAS system as of 2021. This means Canadian travellers who wish to visit Zagreb or Dubrovnik, for example, will have to apply for an ETIAS before departing Canada.

The Embassy of Canada in Zagreb, Croatia

The Embassy of Croatia in Ottawa, Canada

Consulate of Croatia in Ontario, Canada

Consulate of Croatia in Ontario, Canada