The territory of Cyprus is situated in the Mediterranean Sea and belongs to the Middle Eastern portion of the Asian continent. However, the country has a great historical, cultural, and economic influence in Europe as well as being a part of the European Union.

Cyprus is inhabited by two communities: the Greco-Cypriot and Turkish-Cypriot. Cultural differences and disputes over political power between the two ethnic groups motivated the Turks to divide the territory in the 1970s, creating the Turkish Republic of Northern Cyprus – which was only recognized by Turkey. Since then, the United Nations declared Cyprus a bi-communal and bi-regional nation.

The economy of Cyprus has different aspects: while the Turkish portion is poorly developed the Greek-Cypriot territory has a strong and ever-growing economy, driven by close relations with the European Union.

According to data by the UN, Cyprus has a very high Human Development Index, which is due to the fact that less than 3% of the inhabitants are illiterate and that environmental sanitation services serve 100% of the residences.

Since it joined the EU, Cyprus became a target for holidaymakers from all over northern Europe who seek to run away from the cold winter weather. Because of such increased popularity, the tourism industry boosted the Cypriot economy, and tourism-related activities turned into one of the main sources of income of the country.

Among the reasons why EU nationals and non-EU travellers come to Cyprus are the country’s pleasant Mediterranean climate and beautiful beaches, as well as its Greek atmosphere. Some travel highlights include the Archaeological Site of Paphos, various Byzantine churches and monasteries in the Troodos mountains, and the Archaeological Site of Choirokoitia. Ayia Napa, the Akamas Peninsula, and Protaras are other very popular destinations. 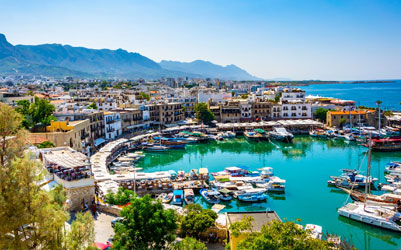 Being European Union territory, citizens of EU countries can visit Cyprus without applying for a visa. Cyprus is in the process of becoming a part of the Schengen Area, so Schengen visa regulations don’t apply in the territory of Cyprus. Nevertheless, foreign nationals from countries like Canada or the US enjoy a 90-day visa-waiver program with Cyprus.

Cyprus has been a member of the European Union since the community’s enlargement of 2004. While the admission of Cyprus into the Schengen Area is underway, the country already employs many of the Member States’ immigration policies. However, because it is not a part of the Schengen territory, the entry/exit requirements for Cyprus are different from those of countries like France or Germany. EU nationals can travel to Cyprus visa-free, whereas non-EU citizens fall into two categories: travellers who need a Cypriot visa and nationals who are part of a visa-waiver program, like Canadians and Americans. 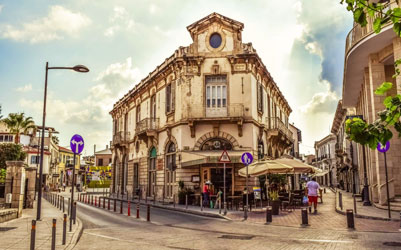 Due to its geographical location, Cyprus was directly impacted by the wave of immigration that hit the European Union in 2016. This event prompted the Cypriot government to support initiatives discussed by the European Commission for a new border control system. The new measure, named ETIAS or E.U. Travel and Information Authorization System, is scheduled to commence in 2021. The ETIAS will work similar to the Canadian eTA or the US ESTA as a means to screen travellers prior to their arrival in European territory.

Although the new system will not affect EU passport holders, all citizens from countries enrolled in the Schengen visa-waiver agreement wishing to visit Cyprus as of 2021 will have to apply for an ETIAS. Hence, Canadian or American travellers, for instance, will have to submit an ETIAS application prior to boarding a carrier going to the Schengen Area. Much like the eTA or the ESTA, this online application process will be simple, and a response should arrive at the applicant’s email inbox within 72 hours.

The relationship between Cyprus and Canada dates back to 1964, when the United Nations Peacekeeping Force in Cyprus (UNFICYP) was created and where more than 25,000 Canadian soldiers served. Since then, bilateral relations between Canada and Cyprus have solidified in global organizations such as the United Nations, the La Francophonie, the Commonwealth, and the Organization for Security and Co-operation in Europe.

In the commercial sphere, relations between Cyprus and Canada began to pick up pace after 2016 when exports to Cyprus increased more than 100%. Canada also sees Cyprus as a great place to invest in due to its many opportunities in mining, natural gas deposits, and offshore oil exploration. In 1984, the two countries signed the Canada-Cyprus Tax Convention for the Avoidance of Double Taxation, and from then onwards various Canadian companies have established themselves in Cyprus.

Cyprus is also a well-known touristic destination for Canadians, especially those who plan to escape the Canadian winter. While nationals of Cyprus who plan to visit Canada on short-term tourism or business trip are eligible to a Canadian eTA, Canadians enjoy a visa-waiver agreement with Cyprus for stays under 90 days. However, because Cyprus is a member of the EU and soon to be part of the Schengen Area, this policy will change in 2021, when the government of Cyprus introduces the ETIAS system.

Therefore, beginning in 2021 all Canadian travellers coming to Cyprus will have to apply for an ETIAS online, at least 72 hours before departure. The ETIAS will incur a processing fee and if accepted will grant the Canadian national an authorization to visit Cyprus for up to 3 months in each 6 month period.

Consulate of Canada in Nicosia, Cyprus

Consulate of Cyprus in Ottawa, Canada