Originated from the fragmentation of Czechoslovakia in 1993, the Czech Republic is one of the most economically developed ex-soviet nations. As part of Eastern Europe, the Czech Republic borders other EU countries such as Poland, Slovakia, Austria, and Germany.

After the fall of the communist regime and with its ingress in the Schengen Area, the country (particularly Prague) has been experiencing a constant and a heavy flow of tourists. Aside from tourism, agriculture and livestock farming drive the economy, with emphasis on wheat production and exports. The industry is constantly developing, and since the country is a member of the European Union (EU), most of the exports go to the bloc.

The Czech Republic has a very high Human Development Index (HDI). The country has shown increasing social indicators: the infant mortality rate is among the lowest on the planet, and all inhabitants above the age of 15 are literate.

Despite decades of communist rule, the Czech Republic has implemented an austere economic growth plan that has also brought the cultural and artistic scene of the country to life. As one of the most beautiful cities in the world and the main touristic hub in the Czech Republic, Prague is a mandatory stop for many Canadian tourists on the Rome-London-Paris circuit. 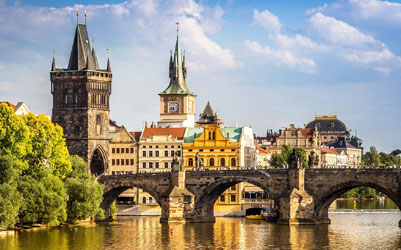 The city was declared patrimony of humanity by UNESCO for being a large cultural centre of the European continent, housing examples of Gothic and Baroque architecture. In Prague, there is no shortage of attractions to fill a week of sightseeing: the Prague Castle, the picturesque Charles Bridge, and a dozen Gothic churches.

Alternatively, it is worth visiting the UNESCO World Heritage Site of Cesky Krumlov or Plzen, where the famous lager beer was invented. Plus, due to the free-border policy of the Schengen Agreement, Canadian visitors can easily take a train to other major European centres such as Vienna, Salzburg, Munich and Berlin.

As one of the first countries in Eastern Europe to become a member of the EU in 2004, the Czech Republic signed the Schengen Agreement in 2004. This has brought the country closer to Western Europe, both economically and politically.

The Schengen borderless policy also changed the way the Czech Republic engaged in with European and non-EU tourists alike. Since it has become a Member State, the Czech Republic requires no visa of EU citizens or nationals from over 60 countries which are enrolled in the visa-waiver agreement. Similarly, Czech nationals are free to travel and live in the Schengen Territory. 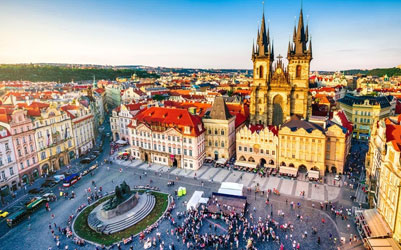 Because of the ongoing issues with terrorist attacks and uncontrolled immigration, the EU Commission has considered a new design to the migratory system of the Schengen Area. As one of the debated measures, the European Travel Information and Authorization System (ETIAS) has been supported by the Czech government.
The new system will be able to identify travellers who present a threat to the health or safety of Czech and other European citizens.

Unlike a visa though, the ETIAS will be an online and automatic system, aimed only at nationals of countries currently enrolled in the Schengen visa-waiver agreement.

Since Canadians are on the list of visa-waiver countries, as of 2021, those who travel to the Czech Republic will have to bear a valid ETIAS prior to boarding. Fortunately, much like the Canadian Eta, the ETIAS application will be easy, fast and will only cost a small fee.

Once the ETIAS is approved, it will be valid for five years or until the designated passport expires. This authorization will allow Canadian travellers to visit Prague and other Schengen cities for no longer than 90 days in every 180-day period.

With a relationship dating back to 1948, the Czech Republic and Canada maintain close ties both politically and on a personal level – over 100,000 Canadians have ancestors from Czechoslovakia. During the communist period, Canada supported Czechoslovak liberation movements and sheltered political refugees, which strengthened the bonds between both countries.

Until 2018, bilateral relations have been highlighted through their shared perspectives on security, human rights, and free-trade agreements. On an international level, Canada and the Czech Republic are long-lasting partners in the NATO, the UN, and the OSCE.

Through exchange programs for artists, the Canadian Studies Centre in the Czech Republic extends the relations between the two nations to cultural spheres. Canada also assisted in the transition of the Czech Republic into a free market economy.

In terms of migratory affairs, neither Canadians nor Czechs need to apply for a visa to visit the other country. While Canadian passport holders enjoy the Schengen visa-waiver agreement, Czech citizens can easily obtain an ETA when travelling to Canada.

Due to new legislative measures by the European Union, however, Canadians will have to apply for an ETIAS prior to departing for Europe. This electronic authorization system will commence in 2021, and its application will be similar to that of the US ESTA or even the Canadian ETA.

For travellers who wish to inquire about long-term tourist visas, work permits or residency applications, it is best to contact the Canadian Embassy in Prague or the Czech Embassy in Ottawa.

The Embassy of Canada in Prague, Czech Republic

The Embassy of Czech Republic in Ottawa, Canada