is an EU country situated in the heart of Europe, the largest territory in Western Europe. The capital, Paris, is considered a “global city” and is one of the most populous on the European continent.

France is part of the Schengen Territory and among the richest and most developed countries in the world. In Europe, it holds the third place between the economies of the continent, surpassed only by Germany and the United Kingdom. At the global level, France is the sixth largest economy, after the United States, Japan, Germany, the People’s Republic of China and the UK.

The French population has a high quality of life, good social indicators, and per capita income is one of the best in the world. The French constitution grants the right to worship, thus, various religions are practised in France, among which Catholicism (majority), Islam, Protestantism and Judaism are the most widespread. Although the official language is French, other dialects are spoken in the country, such as Catalan, Breton, Corsican, Occitan, Provencal, Basque and Alsatian.

France is one of the most visited countries in the world, receiving an average of 75 million foreign tourists every year – a number 20% higher than the French population itself. Many are the reasons which make France a popular touristic destination: the refined cuisine, the incredible wines, the variety of landscapes that go from high mountain ranges to sandy beaches. On top of that, there is also the rich and preserved cultural and architectural legacy inherited from the Gallo-Roman, Medieval and Renaissance period. 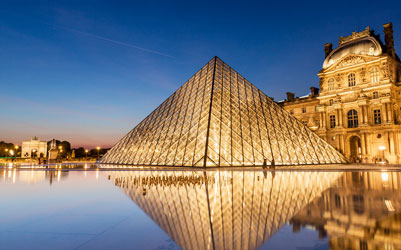 The touristic itineraries to visit France are many and diverse, going beyond a few days in Paris. One can choose to see the glamorous Riviera to the south or the historic coastlines of Normandy and Brittany in the Atlantic. In the northeast are the vineyards and cathedrals of the Champagne region, while along the valley of the river Loire are beautiful castles, such as Villandry, Chambord and Amboise.

Since Charles de Gaulle is one of the main European airports, many Canadians choose France as their port of arrival in the EU. As France is a Schengen Member State, Canadian visitors enjoy the visa-waiver agreement and travel around the country for up to 90 days.

As one of the founding members of the European Union in 1958, France was also part of the coalition (Belgium, Germany, the Netherlands and Luxembourg) to sign the Schengen Agreement in 1985. This agreement led to the creation of the Schengen Area in 1995. 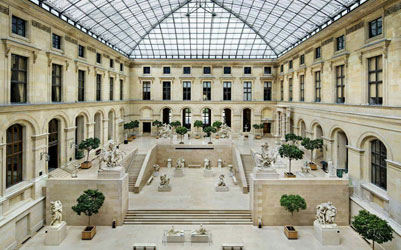 France has been a major player in EU and Schengen policy-making, and after being the target of a series of terrorist attacks in 2015 and 2016, the French government was prompted to find solutions to improve internal security. As attacks also happened in Belgium, Germany, and other EU member countries, the European Commission began to discuss the introduction of a new immigration system.

Among the measures considered, the ETIAS or European Travel and Information Authorization System offers the best means to enhance border control and manage illegal immigration. France and all other 28 Schengen countries approved the new system in 2016, but it will only commence in 2021.

The ETIAS will be similar to the American ESTA or the Canadian eTA, requiring travellers to apply for an electronic authorization prior to departing for France any other Schengen Member State. However, this new Schengen immigration policy will only be valid for nationals of countries that are part of the Schengen visa-waiver agreement, such as Canada, New Zealand, Japan, etc.

Any passport holder that is not enlisted shall have to apply for a French visa at the consulate or embassy of France in their home country. As for citizens of Great Britain, which is not a part of the Schengen Area, travel regulations will be defined once the BREXIT is carried out.

ETIAS France is the new visa waiver that was officially confirmed in 2016. Here are the facts you need to know what it entails and how it will affect your travel to France.

The relationship between France and Canada is strongly based on common language and history, but also on shared social, political and economic views. An agreement, called the Enhanced Cooperation Agenda, was designed to organize and promote measures on the France-Canada bilateral relationship. Through the development of joint action plans, both countries have strengthened their cooperation and have started to work together on issues around peacekeeping, climate change and gender equality.

Canada and France are international allies in organizations like UNSC, G7, G20 and NATO, cooperating in many foreign policy subjects. They also share visions on international relations concerned with the promotion of democracy, international security, and human rights.

Academic relations are also a top priority in the bilateral agreement between France and Canada. There have been many student exchange programs enacted between French and Canadian universities, and there are several Canadian Studies Centres in France. After an agreement signed in 2015, both French and Canadian citizens between 18 and 35 years old can apply for a 24-month working holiday visa.

Until 2021, Canadians travelling to France for tourism purposes will continue to enjoy their visa-waiver agreement with France and other Schengen Countries. However, after 2021, citizens of Canada will have to obtain an ETIAS prior to visiting Europe. This new EU travel scheme will work similar to Canada’s eTA, requesting information from travellers in order to determine if he/she presents a threat to the security or the health of European citizens.

The ETIAS will be a simple and quick system, requiring about 15-20 minutes to fill out the application. Once the information is submitted, the ETIAS system will cross-check the data with other European and international systems and provide a response within an average of 72 hours.

The Embassy of France in Ottawa, Canada

Consulate of France in Toronto, Canada

Consulate of France in Montréal, Canada

Consulate of France in Québec, Canada

Consulate of France in Moncton, Canada

Consulate of France in Vancouver, Canada