Germany is both a Schengen Member State and a founding nation of the European Union. The German territory is divided into 16 states, consisting of plateaus in the central areas, the Alps in the south and plains in the north. The climate in Germany is mostly temperate and known for its instability.

Due to factors like high GPD, economic, technological and military development, Germany is one of the most important countries in the world. The German population is characterized by having a high quality of life, economic prosperity, and great levels of education.

Germany is the main economy within the European continent and the third on a global level, being surpassed only by the United States and Japan. Frankfurt is a global city that houses important financial centres such as the stock exchange, banks, research centres and others. The capital, Berlin, is known for its rich history and alternative cultural scene and is one of the most visited cities in Germany both by EU citizens and international travellers.

Germany is one of the pillars of the European Union and one of the most organized countries on the planet. Despite its level of modernity, the country also has plenty of animation, beautiful scenery, history and culture to offer visitors.

In Germany, visitors can choose between the small and charming Rothenburg or Heidelberg, to large metropolises with a lively cultural scene and nightlife such as Berlin. Many Canadian travellers come to Germany for the world famous Oktoberfest in Munich. Meanwhile, buildings such as Neuschwanstein Castle near Füssen and Cologne Cathedral portray the rich history of this nation. 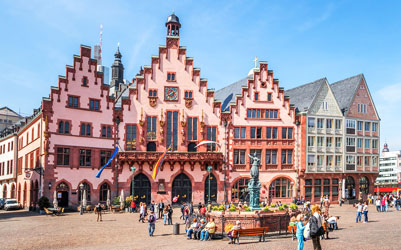 Germany’s transportation system is impeccable – with modern trains, trams, roads and airports – and the tourist infrastructure has well-maintained hotels and restaurants. English is spoken as a second language, which facilitates the lives of Canadian tourists.

Because Frankfurt Airport is one of the busiest in the world and the main entry point to the Schengen Area, many Canadian travellers choose Germany as the gateway to Europe. 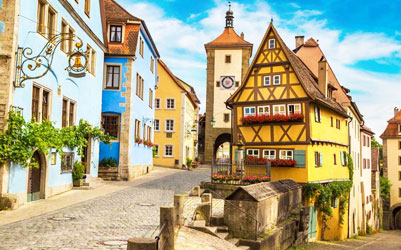 Germany is one of the founding members of the European Union, established in 1958. Together with France, Luxembourg, the Netherlands and Belgium, Germany also founded the Schengen Area in 1995. Hence, Germany has a strong influence in creating new EU and Schengen policies. Since the outburst of the European immigration crisis in 2015, the German government has united with the other 28 Member States to re-design the Schengen migratory system.

As a result, the European Commission proposed the ETIAS – an electronic authorization aimed at identifying potential threats to the security of European countries.

Since Germany is a part of the Schengen Zone, non-EU nationals enlisted in the Schengen visa-waiver program – such as Canadians, Argentinians, and Australians – can spend up to 90 days in German territory in every 180-day period. Once the ETIAS is implemented in 2021, these visa-exempt travellers will enjoy the same travel regulations but will need to apply for an authorization prior to departing for Europe.

Similarly to the Canadian eTA, the ETIAS will be an online and automatic process, and the application won’t take more than 20 minutes to complete. After the applicant has filled the online form and paid the ETIAS processing fee, a response should arrive within 72 hours. The ETIAS will be valid for 5 years from the date of issue, or until the Canadian passport expires.

Because the ETIAS is not a visa, non-EU travellers who aren’t enlisted in the visa-waiver agreement will have to apply for a tourist visa at the German consulate or embassy.

As one of Canada’s main partners in Europe, Germany welcomes an average of 500,000 Canadian travellers every year. Likewise, Canada is one of the main destinations for German tourists both in summer and winter. This strong link is also visible in the academic sphere, where thousands of German students enrol in exchange programs to Canadian high schools and universities every year. Others also choose Canada for short-term courses, internships or research programs.

The two countries have healthy investment relations, strong cultural connections, and cooperate actively in international issues. Germany and Canada are partners in the NATO, the International Atomic Energy Agency and the World Trade Organization. The two nations also collaborate in international issues around human rights, global trade, and climate change.

In 2016, Canada introduced the ETA system, which requires German passport holders to apply for an electronic authorization prior to visiting Canada. While Canadians still enjoy a visa-waiver agreement with Germany and the other Schengen Member States, this will change in 2021 with the introduction of the ETIAS.

Essentially, the ETIAS works very similarly to the eTA, in which it is an authorization rather than a visa. Much like the eTA, the main objective of the ETIAS is to screen travellers prior to their arrival in European territory. This will allow EU authorities to identify potential threats to the security of the European community. Hence, as of 2021 Canadians planning to travel in Europe for no longer than 90 days will have to bear an ETIAS in order to board a plane to Germany. For all other inquiries, Canadians are requested to contact the Embassy of Canada in Berlin.

The Embassy of Canada in Berlin, Germany

Consulate of Canada in Berlin, Germany

Consulate of Canada in Düsseldorf, Germany

Consulate of Canada in München, Germany

The Embassy of Germany in Ottawa, Canada

Consulate of Germany in Montreal, Canada

Consulate of Germany in Toronto, Canada

Consulate of Germany in Vancouver, Canada