Hungary is a landlocked EU country that borders three Schengen nations (Slovakia, Austria, and Slovenia) and four non-Schengen territories (Croatia, Romania, Serbia, Ukraine). Most of the country’s landscape is flat, with average altitudes not higher than 200 meters. The highest point of Hungary is mountain Kékes (with 1,014 meters), in the northeast Budapest.

Apart from featuring two important rivers (the Danube and the Tirza) Hungary also boasts a large lake, the Balaton, considered the largest lake in Central and Eastern Europe. Hungary’s climate is temperate continental, known for hot, dry summers and cold and rainy winters.

Hungary is an ethnically and culturally rich country, and its population is made up of Hungarians (majority) as well as ethnic groups such as Gypsies, Germans, Slovaks, Croats, Romanians, Ukrainians and Serbs, who speak Hungarian.

Since the turn of the century, the capital, Budapest, has become a popular tourist destination among EU and international travellers, as well as playing an important role in the development of the country.

As an EU member, Hungary has one of the largest mixtures of influences among European countries. Hungarian territory has been occupied since the 3rd century BC, passing by the hands of the Celts, Romans, Hun, Ottomans, Nazis, Soviets and Communists.

These influences come to the surface in the capital Budapest, with its wide streets of Germanic inspiration, Turkish thermal baths, Viennese cafes and Renaissance architecture. Buda is the historical district that houses the castle, while Pest features palace-shaped buildings that stand side by side to the Danube, where tourists and locals enjoy a good tokaj wine during the sunset. 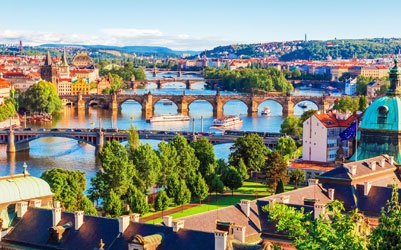 Despite the language being so complicated (Hungarian is a distant cousin of Finnish and has very few words of Latin or Greek origin), it is very easy to travel around Hungary. Because Hungary is a Schengen Country, Canadian passport holders and other visa-exempt nationals can visit Hungary for up to 90 days in every period of 6 months.

During the immigration crisis of 2016, many Syrian migrants came into the European Union through Hungarian external borders. This uncontrolled influx of people alarmed Hungarian authorities to beef up its southern borders with non-Schengen countries. After polemic discussions, the EU began to consider new approaches to its immigration policy, which led the European Commission to propose the creation of the ETIAS. 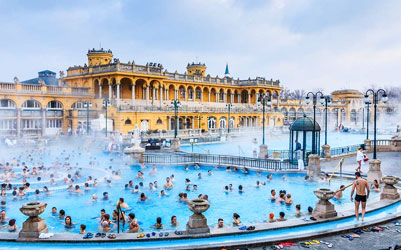 Contrary to popular belief, the ETIAS is not a visa. Instead, it works as a pre-travel authorization system, gathering information from travellers and sharing it across other European and international database in order to find potential security threats. Because Hungary has experienced such migratory wave in 2016, the Hungarian government is keen to find alternatives for better managing its borders. Hence, Hungary has been an active supporter of the ETIAS.

Once implemented in 2021, the ETIAS will provide Hungarian authorities with detailed information on non-EU travellers coming into the Schengen Area. However, this new policy will only affect nationals of countries which are eligible to the Schengen visa-waiver agreement. All other nationalities will be required to apply for a proper Hungarian visa at the embassy or consulate of Hungary in their country of origin.

Starting in 2021, Canadian passport holders (as well as other 54 visa-exempt nationalities) will have to apply online for an ETIAS if travelling to Hungary for touristic purposes.

The relationship between Canada and Hungary date back to the Hungarian Revolution in 1956. During the Soviet invasion of Hungary, Canada welcomed more than 30,000 Hungarian refugees who fled their country. This historical migratory event has also given birth to a large community of Canadians with Hungarian descent.

Since then, both nations have been strong allies in the NATO as well as the Organization for Economic Cooperation and Development, and the Organization for Security and Co-operation in Europe. Due to Hungary’s position in the European Union and the Schengen Area, Canada has encouraged various agreements and bilateral practices between both countries.

As part of the eTA scheme, since 2016 Hungarian citizens above the age of 18 can visit Canada for a period of 90 days without having to apply for a visa. Instead, travellers from Hungary coming to Canada for short-term tourism, business, or transit, can apply for an eTA online, prior to departure. This new electronic program allows Canadian authorities to screen travellers prior to their arrival in Canadian territory, thus pinpointing potential threats.

Considering the effectiveness of the eTA, Hungary and other members of the Schengen Area decided to work on their own electronic authorization system – the European Travel and Information Authorization System. The ETIAS will commence in 2021 and will be a requirement for all visa-exempt nationals (including Canadians) to visit Hungary and any other Schengen Member State. If a Canadian passport holder wishes to stay longer than 90 days in Hungary, he or she must contact the Embassy of Hungary in Ottawa or the Hungarian Consulate in Toronto.

The Embassy of Canada in Budapest, Hungary

The Embassy of Hungary in Ottawa, Canada

Consulate of Austria in Calgary, Canada

Consulate of Hungary in Toronto, Canada