Located in the extreme north of the Atlantic Ocean, near the Arctic Circle, Iceland is part of the Schengen Area but not a member of the EU. The island presents a mountainous relief, besides volcanic activity and the phenomenon geysers – which provides energy for the heating of residences (geothermal energy).

Iceland’s main economic activity is fishing, responsible for 40% of exports. Since the beginning of the century and signing the Schengen Agreement, Iceland has also strengthened the software and biotechnology industry. Another essential sector in the Icelandic economy is tourism, especially ecotourism.

Icelanders enjoy one of the best living standards on the planet, and the government of Iceland offers an excellent social security system. Iceland ranks 17th in the world ranking of Human Development Index (HDI), and all inhabitants above the age of 15 are literate. If compared to other European countries, Iceland’s life expectancy is high – 81.6 years.

Iceland is the second largest European island, after Great Britain. The country was discovered by Scandinavian navigators (or Vikings) in the 9th century when it served as a springboard for exploring new lands to the west. Iceland only gained independence from Denmark during the Second World War conflicts.

More than 170 geothermal pools, glaciers, lakes, and waterfalls can be found in Iceland. The beautiful Gullfoss waterfall and Þingvellir National Park (Thingvellir) are among the main attractions for outdoor enthusiasts. Another highlight of Iceland is the father of all geysers, known simply as Geysir, 100 kilometres from the capital Reykjavik. While Reykjavik is usually a calm place, it also has a lively social and nightlife, typical of cities with Nordic roots. 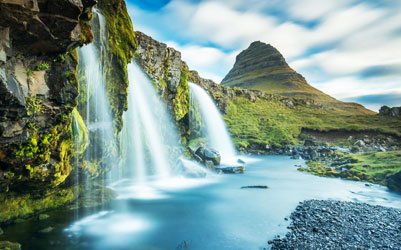 Despite being far away from mainland Europe, Iceland is part of the Schengen Area, which makes it easier for EU nationals to visit the island. Moreover, nationals eligible to the Schengen visa-waiver agreement, like Canadians, don’t need to apply for a visa prior to arriving in Iceland.

The year of 2001 was very important for the Schengen community, as border controls were abolished between the Member States and Iceland, Norway, Sweden, Denmark, and Finland. Although the territory of Iceland is part of the Schengen Zone, the country hasn’t yet joined the European Union. Just like Switzerland, Liechtenstein, and Norway, Iceland’s negotiations for the accession in the EU remain on hold. 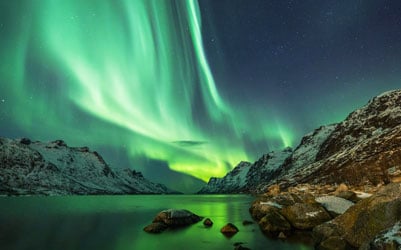 After Iceland signed the Schengen Agreement in 1996, the country has been involved in all policy-making regarding the Schengen Territory. In addition, the government of Iceland has to abide by several regulations created by the Schengen commission, including migratory policies.

Since 2015, the spark of terrorist attacks and emerging immigration crisis in the European continent has called for discussions over a more effective border control system. The European Commission proposed the creation of the ETIAS – an electronic authorization procedure to help identify potential security threats. The Icelandic government has backed the introduction of the ETIAS, which is supposed to commence in 2021.

Once implemented, the ETIAS will affect all nationals of countries enlisted in the Schengen visa-waiver agreement. Other passport holders wishing to travel to Iceland will have to apply for an Icelandic visit at the corresponding embassy or consulate. Meanwhile, visa-exempt countries such as Canada, the US, and Australia, will need to fill out an online application if coming to Icelandic territory. As soon as the ETIAS is accepted, the traveller will be able to visit all Schengen countries for no longer than 90 days in each consecutive 180-day period.

Iceland and Canada had established the first contact when Icelander Leif Eriksson came to Newfoundland, over a thousand years ago. Since then, the two northern countries have held strong links through trade, investment, and exploration. Canada and Iceland also partner up in international relations, as both countries tend to have similar points of view on various global topics.

There is also a deep cultural relation between the two nations due to the large community of Icelandic descent in Canadian territory. Such relationship is represented by the Icelandic National League of North America, created in 1918 to promote cultural exchange between Iceland, Canada and the US.

Since the establishment of the CEFTA in 2009, bilateral trade relations have grown between Iceland and Canada. This proximity has also enticed more Canadians to visit Iceland, as well as more Icelandic travellers to explore Canada.

After the Canadian eTA was created in 2016, Iceland passport holders and other EU citizens are required to apply for an electronic authorization when visiting Canada for up to 90 days. The eTA application process is simple but necessary to all those eligible nationals who intend to be in Canada for a short-term tourist or business trip.

Although Canadians have long enjoyed a visa-waiver program with Iceland and other EU countries, this may change as of 2021 with the implementation of the ETIAS. The European Travel and Information Authorization System will be introduced as a means to identify potential threats to the security of European communities. However, travel regulations won’t change, and Canadians will still be able to travel in Europe for up to 3 months in each period of 6 months.

The Embassy of Canada in Reykjavík, Iceland

The Embassy of Iceland in Ottawa, Canada