One of the most popular European countries in the world, Italy is bathed by the Mediterranean Sea and borders four other Schengen nations – Switzerland, Austria, Slovenia, and France. The Italian nation is also one of the most developed on the planet, for it presents one of the largest GDP in Europe. Italy integrates some of the main international organizations like the G-8, WTO, NATO, as well as being one of the founding members of the European Union.

The Italian landscape features two volcanoes – Mount Etna and Mount Vesuvius – and its territory experiences several types of climates, from temperate to Mediterranean-type. While the north of Italy is industrially well developed, the south remains quite agricultural. However, an important activity for the Italian economy across all regions is tourism. Italy is the country with the largest number of UNESCO world heritage sites, which makes it not only a major tourist destination in Europe but also in the world.

With a history of almost 3,000 years hallmarked by the impacts of the Roman Empire, Italy offers its visitors about 100,000 monuments that depict such an impressive legacy. There are an array of cathedrals, palaces, fortresses, archaeological sites and sublime works of art spread across Italian lands.

As if such rich history, culture and gastronomy were not enough, Italy is a country of endless and beautiful landscapes: from the snow-capped mountains of the Alps to the picturesque communities by the sea on the Amalfi Coast. Visitors can also “stop in time” in Sicilian towns, or look at the future in cosmopolitan Milan. 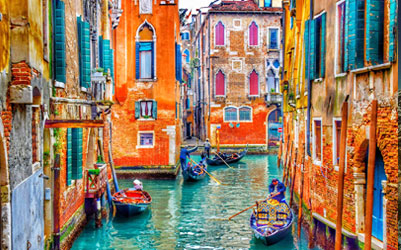 Nonetheless, the majority of foreigners, including Canadians, still draw their travel itineraries around architectural spectacles such as Venice, Florence and Rome.
Being a part of the Schengen Area, Italy welcomes nationals of more than 50 countries (Canada alike) without them need to apply for a visa. Due to its idyllic location on the European continent, Italy can be easily reached by land, train, bus or car from neighbouring Schengen countries.

An agreement established in 1957 by Italy, France, Germany, Belgium, the Netherlands, and Luxembourg, gave birth to the European Union. After 40 years, Italy finally joined the Schengen Zone in 1997.

As one of the six founding members, Italy holds an important position in any EU-related topic, including the creation of new legislation. Hence, after the outburst of terrorist attacks and the emerging immigration crisis in 2015, the Italian government has played a big role in redesigning the EU border control policies.

The need for more effective immigration systems is particularly true for Italy due to its location on the Mediterranean. So when the European Commission proposed the creation of the ETIAS, the government of Italy was compelled to support the new measure. 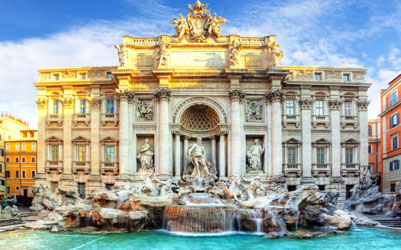 Being a part of the Schengen Agreement means that Italy enacts the same border-free policy among EU nationals as its neighbouring Member States. Likewise, when it comes to short-term tourism or business related trips, a series of non-EU countries enjoy a visa-waiver program to travel in Italy. However, this visa-free agreement will change as of 2021 with the introduction of the ETIAS.

It is worth remarking that the ETIAS is not a visa, but an electronic pre-travel authorization. Therefore, ETIAS applications will be simple, requiring about 20 minutes to complete. Once the foreign national has submitted the form and paid the ETIAS processing fee, a response will be delivered within 72 hours. If accepted, the ETIAS will grant Canadian passport holders the permission to travel in Italy and the other Schengen Member States for up to 3 months, every period of 6 months.

As a key part of the Canada-Italy relations is their shared views on global issues, which extends to partnerships in the UN, NATO, and the G7. Similarly, the strong cultural and social bonds promoted by a large Italo-Canadian community in Canada brings both countries even closer together.

Because of consistent bilateral relations, Canada and Italy have established a number of commercial partnerships which helped to boost the economy of the two nations. Such closer commercial relationship took off after Canada signed the Canada-European Union Comprehensive Economic and Trade Agreement. In 2017, Italy was the eighth-largest trading partner of Canada on a global scale. With Italy being a part of both the EU and the Schengen Area, and Canada being Italy’s main link to the North American market, bilateral agreements continue to be discussed.

Italy and Canada also partner in education systems through the creation of youth exchange programs as well as organizations such as the Italian Association for Canadian Studies. As of 2012, a Working Holiday Program between both nations has been renewed. The WHP scheme allows Italians and Canadians from 18 to 35 years old to work and travel in the other country for up to 12 months.

Italian citizens who wish to visit Canada for a short-term tourist or business trip have been required to apply for an eTA since 2016. Although Canada is part of the Schengen visa-waiver program, travellers with Canadian citizenship will need to bear a valid ETIAS when visiting Italy or any other Member State starting in 2021.

Consulate of Canada in Milan, Italy

The Embassy of Italy in Ottawa, Canada

Consulate of Italy in Montreal, Canada

Consulate of Italy in Toronto, Canada

Consulate of Italy in Vancouver, Canada

Consulate of Italy in Edmonton, Canada