Liechtenstein is embedded in the Central Alps, between Austria and Switzerland. Of all European countries which are part of the EFTA and the Schengen Agreement, Liechtenstein has one of the smallest territories. The landscape is primarily mountainous, except in the western portion, where the fertile plains of the Rhine valley predominate.

Liechtenstein has strong economic and political ties with Switzerland. The country adopts the Swiss franc and delegates the administration of foreign affairs and telephone and postal services to its neighbour.

Despite the small territory, Liechtenstein is a very rich country. Its economy is well developed and industrialized, especially in textile and pharmaceutical segments. Another important element of the national economy is tourism.

Liechtenstein low tax rates have attracted more than 75 thousand companies to place their headquarters in the country. The inhabitants of Liechtenstein have an excellent standard of living. Also, the GDP per capita is one of the largest on the planet and Liechtenstein’s ranks 6th in the world HDI ranking.

The fact that it has such a small territory and is relatively unheard of when compared to its EU neighbours makes Liechtenstein even more charming. The country has an incredible history and even more impressive landscape – both reasons that attract tourists from all over the world.

Among its highlights are the Vaduz Schloss (or Vaduz Castle), located in Liechtenstein’s capital, Vaduz. Due to its mostly mountainous terrain, Liechtenstein is also known for being a good hiking destination in the summertime, while in winter its ski resorts tend to be filled with EU and on-EU tourists. 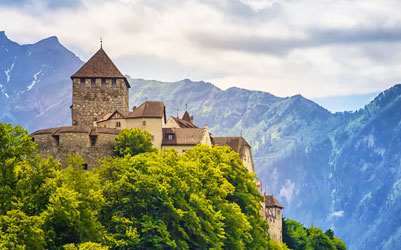 Once it signed the Schengen Agreement, Liechtenstein abolished borders between its Schengen and EU neighbours. This means anyone who holds an EU passport can enter and exit Liechtenstein freely. Likewise, nationals of countries like Canada – which are enrolled in the Schengen visa-waiver system – are also able to visit Liechtenstein for up to 90 days without needing a visa. 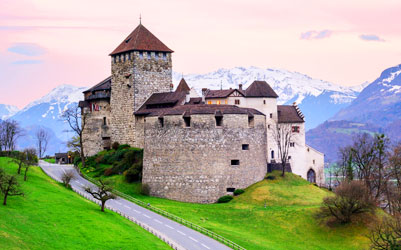 As a part of the 4 non-EU Schengen Countries (together with Iceland, Norway, and Switzerland), Liechtenstein came into the Schengen Zone in 2011. Because it is not part of the European Union, Liechtenstein didn’t take on the Euro as a currency and uses the Swiss Franc instead. Despite not being an EU member, the fact that Liechtenstein signed the Schengen Agreement means it has open borders with the other Member States.

Also, it means that Liechtenstein is an active participant in policy-making acts regarding the Schengen territory.

So once a wave of terrorist attacks sparked across Europe in 2015, the government of Liechtenstein was prompted to discuss alternatives to mitigate internal security threats. With Liechtenstein being located in the centre of Europe, the government was also alarmed by the wave of immigration that followed the war in Syria.

As a solution, the European Commission suggested the creation of what is called the ETIAS, or European Travel and Information Authorization System. Although this new measure won’t change the migratory relationship between EU member, it will affect non-EU nationals who enjoy the Schengen visa-waiver program.
For example, Canadian passport holders, who are exempt from visas for Liechtenstein and the Schengen Area, will have to bear an ETIAS as of 2021.

The ETIAS system will serve as a pre-travel electronic check, in which travellers will have to provide personal and travel information prior to their arrival in Europe. For authorities in Liechtenstein, this means more control over who is coming in and out of the territory. According to the European Commission, this system will decrease the influx of illegal immigrants as well as enhance internal security against terrorist threats.

Liechtenstein and Canada have been close friends since 1995 when they first set up diplomatic relations. The two countries are partners at the UN, the Organization for Security and Co-operation in Europe (OSCE), and other global organizations such as the International Criminal Court. In such ventures, Canada and Liechtenstein have partnered up mainly in topics to do with human rights.

After Canada signed an agreement with the European Free Trade Association in 2009, the relationship between the Canadian government and the government of Liechtenstein has strengthened. Because Liechtenstein plays an active part in the EFTA, this new agreement allowed for Canadian businesses to have closer commercial ties with Liechtenstein and Europe in general.

With the ETIAS, Canadians will be able to visit any Schengen country (including Liechtenstein) for a period of 90 days in every 180 days. The ETIAS authorization will be valid for 5 years, or until the designated Canadian passport expires.

Liechtenstein chooses to trust the majority of its administrative matters to Switzerland. Hence, there is no Embassy or Consulate of Canada in Liechtenstein. Instead, all travel-related discussions are worked by the Canadian Embassy in Berne. Liechtenstein, on the other hand, is represented in Canada by the Swiss Embassy in Ottawa.