Monaco is considered a European city-state – similar to the Vatican City – embedded in the Mediterranean coast of France, near the border with Italy. With a territorial extension of 2 square kilometres, Monaco is the second smallest independent country in the world, after only the Vatican.

Monaco is considered a luxury international tourism centre, where the main attractions are in the Monte Carlo district, which houses famous casinos. It is also in the streets of Monte Carlo that the Formula 1 Monaco Grand Prix takes place every year.

The Microstate of Monaco has a population of fewer than 40 thousand inhabitants and, due to the small extension of the national territory, it is one of the most populated nations of the planet. The people of Monaco speak French, and the country adopts the Euro as currency. In Monaco, all inhabitants live in urban areas and enjoy a high quality of life, with the main source of income being the tourism industry.

As one of the world’s smallest country, Monaco is also one of the nations with the highest proportion of millionaires. The country is known for its beautiful houses suspended over rock formations, fancy cars that drive along its streets, and the yachts moored in its marinas. Beside this, Monaco also offers attractions such as the Oceanographic Museum and the classic casino district of Monte Carlo.

Monaco became independent in 1860 after centuries of comings and goings under French tutelage. Besides an independent government, flag, and anthem Monaco even has its own dialect, the Monegasque. It’s good to pay attention to packing: in the evening many restaurants and cafés ask for a suit and tie as men’s clothing. 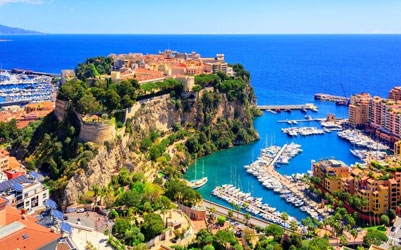 Although France conducts most of Monaco’s relations with the European Union and the Schengen Agreement, the country adopts the same visa policies as the Schengen Area. Hence, EU passport holders can travel and transit in Monaco freely. Meanwhile, a series of foreign nationals – such as Canadians – enjoy a visa-free policy with Monaco and other territories within the Schengen Zone.

Although Monaco is an independent country, it hasn’t got its own visa policy. Since Monaco is surrounded by French territory and both countries have long historical and political ties, France extends its visa regulations to the territory of Monaco. As France is both a part of the Schengen Agreement and the European Union, Monaco abides by European immigration laws. 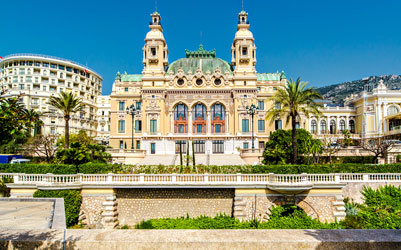 When France was the target of terrorist attacks in 2015 and 2016, the government decided to team up with its Schengen neighbours and find alternatives to improve internal security. In 2016, France and all other Schengen Member States began discussions for a new immigration system, and by the end of 2016, the European Commission proposed the ETIAS – European Travel and Information Authorization System.

The ETIAS will be implemented in all Schengen territory from 2021, and since Monaco responds to France’s immigration and visa rules, the ETIAS will work in Monaco too. Although the new system will not affect EU citizens, it will influence many countries which for a long time have enjoyed a visa-waiver agreement with the European Member States.

Beginning from 2021, nationals of countries like Canada, Australia, Argentina, and the U.S. will have to apply for and bear an ETIAS authorization prior to visiting Monaco. The ETIAS will allow travellers from visa-exempt countries to visit Monte Carlo and explore the rest of Europe for a maximum of 90 days in every period of 180 days. So, instead of simply showing up at the border, Canadian visitors will have to submit an online application and pay the ETIAS processing fee before departing for Europe.

In 2008 began the official diplomatic relationship between Monaco and Canada. Since Monaco relies on France for dealing with many of its international affairs, the Embassy of Canada in Paris represents Canada in the Principality of Monaco. Meanwhile, Monaco’s interests in Canada are represented by the Monaco Embassy of Washington D.C. as well as honorary consulates in Vancouver, Montreal, and Toronto.

The bilateral relations between Canada and Monaco are strong, with the foundations of their mutual interests for the promotion of democracy and social tolerance. Other topics that strengthen the ties between Monaco and Canada are matters regarding the ocean environment, Olympic sports, and discussions concerning Arctic policies. In addition, Canada and Monaco are partners in international organizations such as the United Nations and La Francophonie.

Because of its political link to France and its special participation in the Schengen Area, the government of Monaco doesn’t require a visa from Canadian citizens travelling to Monaco for tourism or business. However, as the Schengen visa-waiver agreement stipulates, Canadian passport holders can only remain in Schengen Territory for a period of up to 3 months in every consecutive 6-month period.

However, the entry/exit regulations for Canadians visiting Monaco will change from 2021 with the introduction of the ETIAS. Much like the Canadian eTA, the E.U. Travel Information and Authorization System is an online and automatic system for gathering travel and personal data from non-EU travellers.

Since 2016, nationals of Monaco have been eligible for an eTA when visiting Canada for tourism or business purposes. Similarly, starting in 2021 Canadian passport holders will be eligible for an ETIAS when travelling to Monaco.

Consulate of Canada in Monaco, Monaco

The Embassy of Monaco in Washignton D.C., USA

Consulate of Monaco in Vancouver, Canada

Consulate of Monaco in Toronto, Canada

Consulate of Monaco in Montreal, Canada