Norway is a European country located in the western portion of the Scandinavian peninsula. The territory of Norway is part of the Schengen Area and EU Sweden, EU Finland and non-EU Russia. A share of Norwegian territory is situated north of the Arctic Circle, where the Sun remains visible for 24 hours in the summer.

Norway has an extensive coastline cut by fjords – a characteristic that creates beautiful landscapes and boosts fishing activity. With an extremely prosperous economy, the country of Norway is a major producer of oil and natural gas. Fishing is another activity of extreme importance for the national economy, with emphasis on cod, anchovies and tuna. Industries are concentrated in the capital, Oslo, and in cities such as Bergen and Trondheim.

Norwegians enjoy an excellent quality of life, with one of the lowest infant mortality rates in the world and all inhabitants above the age of 15 is literate.

In the early 20th century, when Roald Amundsen became the first man to conquer the South Pole, the newly independent Norway turned into a world-famous nation. Once Norway joined the Schengen Area, the tourism industry developed, and many non-EU travellers began to visit the country.

Norway’s capital, Oslo, is also one of the country’s top travel destinations. The city boasts a series of museums that highlight this long relationship between man and water, like the Museum of the Vikings and the Kon-Tiki Museum.

Alternatively, Bergen is an ideal starting point to explore the beautiful fjords of Sogn and Hardanger. 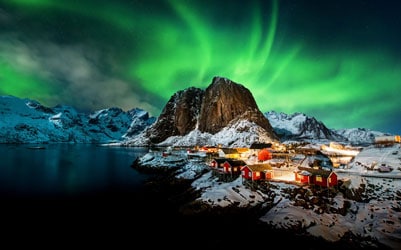 Among its parks, theatres and restaurants, Bergen also houses a heritage of humanity – Bryggen – a series of colourful wooden houses by the harbour.

As a part of the Schengen Agreement, Norway welcomes EU nationals without them applying for a visa. Similarly, travellers from countries like Canada enjoy a visa-free policy with Norway for short-term tourism or business trips.

Norway is part of the non-EU Schengen group of countries, together with Liechtenstein, Switzerland, and Iceland. This means that while Norway abides by regulations established by the border-free Schengen Agreement, the country doesn’t share all laws and policies of other EU nations.

Norway signed the Schengen Treaty in 1996 in a movement that also involved Denmark, Sweden, Iceland, and Finland. Finally, in 2001 the border-less program began between the Scandinavian nations and the rest of the Schengen Member States.

Since then, the government of Norway has been an active player in the Schengen community. When Europe saw the outburst of terrorist attacks in 2015, Norway was one of the first countries to support the reformulation of the Schengen immigration policies. As a means to improve the safety of European citizens, the European Commission launched a proposal for the ETIAS – an online travel authorization system for identifying potential threats arriving into European soil. 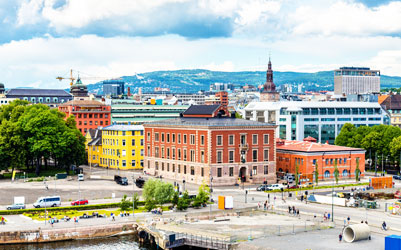 Much like with the rest of the Schengen countries, the Norwegian government plans to introduce the ETIAS in 2021. The new entry/exit system will be directed at all non-EU countries enrolled in the visa-waiver program proposed by the Schengen Treaty, like Canada and New Zealand, for instance. Citizens of countries which aren’t visa-exempt won’t be eligible for an ETIAS and will have to apply for a specific Schengen Visa.

The ETIAS will consist of filling an online application, paying a processing fee and waiting for approval. The ETIAS form shouldn’t take more than 20 minutes to complete, and a response will be provided within an average of 72 hours.

Norway and Canada have maintained a strong diplomatic relation since 1942, both as OSCE and NATO partners and through constant trade collaborations. The two northern nations have also teamed up in to discuss Arctic-related issues at the Arctic Council. In addition, Canada and Norway work together at the UN in initiatives concerning the fight for AIDS and Malaria, children’s health, and education.

Canada values Norway as its strongest Nordic trade partner, with which constant import-export agreements are negotiated. Among Canada’s main exports to Norway are nickel and other metals, while Norway exports a great number of mineral fuel to Canada.

Both countries are also united through culture, with a community of almost 500 thousand Canadians claiming Norwegian ancestry. This long-lasting bond has promoted the creation of artist exchange initiatives, such as the Canada-Norway Audiovisual Co-Production agreement. Canada and Norway also established a Youth Mobility Program which allows nationals of Canada and Norway under the age of 35 to work and travel in the other country.

The Canadian government implemented the Electronic Travel Authorization (eTA) in 2016. Since then Norwegians travelling to Canada on vacation must apply for an eTA at least 72 hours prior to departing for Canada. Once the eTA is accepted, citizens of Norway can travel around Canada for up to 90 days in every period of 180 days.

Canadians have enjoyed a visa-free entry/exit program with Norway and the other Schengen Member States. However, with the implementation of the ETIAS as of 2021, all Canadian passport holders who wish to visit Norway will have to submit an ETIAS application.

The Embassy of Canada in Oslo, Norway

Consulate of Canada in Stavanger, Norway

The Embassy of Norway in Ottawa, Canada

Consulate of Norway in Calgary, Canada

Consulate of Norway in Edmonton, Canada

Consulate of Norway in Halifax, Canada

Consulate of Norway in Quebec, Canada

Consulate of Norway in Saskatchewan, Canada

Consulate of Norway in Fredericton, Canada

Consulate of Norway in Toronto, Canada

Consulate of Norway in Vancouver, Canada

Consulate of Norway in Victoria, Canada

Consulate of Norway in Winnipeg, Canada