Poland is a member of the European Union and the Schengen Area. The country borders other Schengen Member States such as the Czech Republic, Germany and Slovakia, as well as non-EU countries like Ukraine, Belarus and the Russian enclave of Kaliningrad.

The territory of Poland is rather flat and highest point of the country is the Rysy – a peak in the Tatra Mountains with 2,500 meters of altitude. Poland is also crossed by several rivers, such as the Vistula, Oder, Wadra and the Western Bug.

Poland has a temperate climate, with cold winters and frequent rains but mild summer. The Polish economy consists mainly of the naval industry, extraction of coal, steel, and electricity. However, agriculture occupies a prominent place, and Poland is the 7th world producer of potatoes.

Since joining the EU and signing the Schengen Agreement, the quality of life in Poland increased. Likewise, the country saw development of the tourism sector of the economy.

The Old Town of Warsaw – which was destroyed by Hitler but is now reconstructed – is the centre of the capital and a World Heritage Site. Another place recognized by UNESCO is the city of Krakow, with its large square, churches and the mighty Wawel Castle. Little further south, near the border with Slovakia, the Tatras Mountains rise with their spectacular natural landscapes. 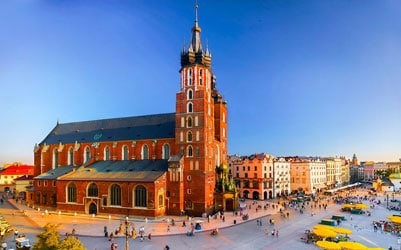 Despite the scars of a tough past, Poland welcomes foreigners with warmth. The country is committed to growing, and from the point of view of tourism, after joining the EU, Poland began a new phase. From then on, cities like Warsaw, Krakow and Wadowice began to invest in infrastructure, staff training and renovation of its main tourist attractions.

The fact that Poland is a part of the Schengen Zone together with its central location makes it easy for travellers to reach any Polish city from other EU countries like Germany or Austria.

The year 2004 was important for the European community as the EU went through its largest expansion. In the 2004 enlargement, Poland and many eastern European countries like Latvia, Estonia, Hungary, and Slovakia joined the European Union.

Poland abolished its borders with other European Schengen countries in 2007 and became an official part of the Schengen Zone together with Hungary, the Czech Republic, Lithuania, among others. Once Poland signed the Schengen Treaty, Polish citizens were allowed to travel, work and live anywhere within the Schengen territory, like France or Portugal. Similarly, any EU passport holder can travel and reside in Poland. 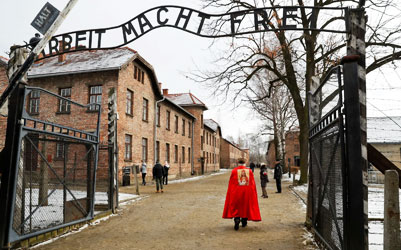 Since then, the Polish government has also maintained the same border control and foreign travel policies as all Schengen Member States. Hence, it is possible for nationals of visa-exempt countries – like Canada for instance – to travel to Poland without applying for a visa.

However, after the European community was the target of various terrorist attacks in 2015 and 2016, both Poland and other EU countries decided to restructure their immigration system. One of the measures discussed by the European Commission was the implementation of an online travel application to screening travellers prior to their arrival in European territory. The EU named the new system ETIAS and plans to introduce it in all Schengen countries as of 2021.

Although the ETIAS will not affect citizens of the European Union, Canadians and other visa-free nationals will have to bear a valid ETIAS authorization before departing for Europe. The process for acquiring an ETIAS will consist of filling out an online form with personal and travel information and paying the ETIAS processing fee.

The Canadian Embassy of Warsaw represents Canada in Poland while the Embassy of Poland in Ottawa is responsible for Polish affairs in Canada.
The relationship between Poland and Canada has deep historical roots which are represented by a large community of Polish descendants living in Canada.

This bond extends to the Canada-Poland trade relations, with Poland being the largest partner of Canada in Eastern Europe. After the CETA was signed by Canada and the European Union, commercial relations between Poland and Canada increased.

Besides being close NATO allies, the fact that Poland is a member of the EU strengthens the international relations between both countries. In addition, the two nations cooperate in global institutions like the UN, the OSCE and the International Holocaust Remembrance Alliance.

The Polish and Canadian governments have established a serious of youth mobility programs where young Canadians or Polish citizens are allowed to work and travel in the other country for up to 12 months. Polish passport holders who wish to visit Canada for short-term business or tourist trips need to apply for an eTA. Meanwhile, Canadian nationals enjoy a visa-waiver agreement with Poland and all other Schengen Member States, which allows them to travel in Europe for up to 90 days in every 180-day period.

However, beginning in 2021 the Polish government plans to create a new immigration system – similar to the Canadian eTA – called ETIAS. The ETIAS will an online procedure in which Canadians should provide information about their personal background and travel plans. After submitting the application and paying the processing fee, Canadian applicants can expect to have the response delivered to their email within 72 hours.

The Embassy of Canada in Warsaw, Poland

The Embassy of Poland in Ottawa, Canada