Portugal is a Schengen Member State located in the Iberian Peninsula, surrounded by EU Spain to the east and the Atlantic Ocean to the west. The Mediterranean climate predominates across the Portuguese territory, making Portugal one of the hottest countries in Europe.

Traditionally, Portugal has always had a strong connection with the agricultural activity, standing out in the production of olives and grapes, as well as Mediterranean fruits. However, after its insertion into the European Union, its economy has developed towards the services and industry sectors. The Portuguese industrial park operates in the transformation of agricultural products and technology. Among the main industries are textiles, footwear, furniture, ceramics, as well as petroleum refineries and ship manufacturing.

Since it joined the Schengen Treaty, Portugal also saw an increase in the influx of tourists, both from EU and non-EU countries. Because of its pleasant weather, rich culture, and easy access Portugal has become a major touristic destination in Europe.

Portugal features an array of castles, palaces and monasteries scattered throughout its territory, highlighting ethnic and cultural influences from the Moors to Germanic tribes, Celts and Romans. Also, due to its size, travelling in Portugal is very simple and safe.

In the capital, Lisbon, visitors can explore the city’s past by strolling around its many alleyways and hills. A great travel tip is to indulge in the gastronomy of the Alentejo region, visit the wine cellars of Porto, and get lost in the incredible rural countryside. 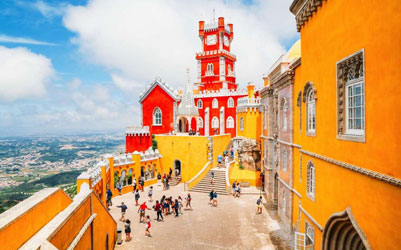 Besides the cities, Portugal’s beautiful coastline has options for visitors interested in golf, windsurfing, fishing and surfing, as well as spa and first-line resorts.

As a part of the Schengen Zone, Portugal doesn’t require visas from EU passport holder. Similarly, travellers from countries enlisted in the Schengen visa-waiver program – like Canada or Japan – can visit Portugal without applying for a Portuguese visa.

In 1986, Portugal and Spain became a part of the European Union in what was the EU third enlargement. Portugal was also one of the first European countries to sign the Schengen Agreement, becoming a member of the Schengen Zone in 1995. Once border checks were abolished between Portugal and all other Member States, EU citizens were allowed to travel and work in Portugal. 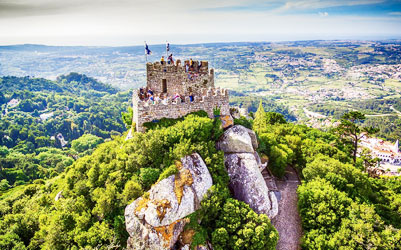 As an active member of the EU, Portugal has participated in discussions concerning the reform of the Schengen entry/exit policies. These immigration-related talks emerged when Europe saw a wave of terrorist attacks take place in France, Belgium, and Germany. After the Syrian immigration crisis escalated in 2016, the European Commission proposed the introduction of a new travel policy for non-EU nationals.

This new system is called ETIAS and stands for European Travel and Information Authorization System. The ETIAS will be implemented in Portugal and all across the Schengen territory as of 2021, requiring visitors from visa-exempt countries to submit an application prior to departing for Europe. Citizens of EU countries, on the other hand, won’t need to worry about the ETIAS as this new policy won’t affect travel rules among the Schengen Member States.

Since Canada is enrolled in the Schengen visa-waiver program, Canadian travellers will be subjected to applying for an ETIAS when visiting the European territory after 2021. The procedure will be simple and done online, with a small cost and a waiting period of about 72 hours. If the ETIAS is approved, it will grant Canadian travellers the right to visit Portugal for up to 3 months in every consecutive 6-month period.

The Canada-Portugal diplomatic relationship started officially in 1946, although there have been interactions between both nations since the Portuguese explorations of the 16th century. This bond is reinforced by the almost half a million community of Portuguese descendants living in Canada, as well as the growing number of Canadians moving to Portugal.

In the global sphere, Portugal and Canada have worked together in the promotion of human rights and democracy. The two nations are partners at the NATO and the UN, teaming up in several missions across the world.

After the establishment of the CETA between the European Union and the Canadian government, Portugal and Canada developed their trade relations and created new agreements for import-export deals. A series of academic partnerships through Canadian and Portuguese universities also take place between the two countries.

Although Portuguese passport holders used to enjoy a visa-waiver agreement with Canada, travel regulations changed after the Canadian government created the eTA in 2016. Hence, Portuguese citizens coming to Canada for tourism or business are allowed to stay up to 3 months without applying for a Canadian visa, so long as they bear a valid eTA.

EU travel regulations for Canadian nationals visiting Portugal as of 2021 will also change. Canada is part of the Schengen visa-free program, where visitors may travel through the Schengen territory for no longer than 90 days in every 180-day period. While the permitted duration of travel will not change, beginning in 2021 Canadians will need to apply for an ETIAS at least 72 hours before departing for Europe.

The Embassy of Canada in Lisbon, Portugal

Consulate of Canada in Faro, Portugal

The Embassy of Portugal in Ottawa, Canada