Romania is one of the Balkan countries – together with Bulgaria, Greece, and Croatia – to have joined the European Union. The country borders EU Hungary and EU Bulgaria as well as other non-EU states like Serbia, Ukraine, and Moldova.

For many decades, Communism was the political system adopted in Romania. With the inauguration of the presidency by the dictator Nicolae Ceausescu in 1965, many Romanians lived years of terror and persecution by the Securitate (political police).

After decades under the Communist regime, Romania has joined the EU and modernized its industry through foreign investment. The country has great hydroelectric potential and mineral reserves, factors that have attracted international companies, however, this process of development occurs at a slow pace.

Already linked to other European countries via the EU and with prospects of becoming a part of the Schengen Zone soon, Romania has also become a major travel destination in the Balkan region.

Romania is one of the most enigmatic countries in Eastern Europe. The strong culture of Romanians is present in the historical constructions scattered throughout their cities, as well as folk traditions and art.

By all means, the most emblematic figure of Romania remains that of Vlad III – a Romanian ruler who inspired the story of Count Dracula, a vampire of the classic work of writer Bram Stocker. This legend is still a great attraction for tourists from all over the world, who come to the country in search of Bran Castle, where the Count lived. 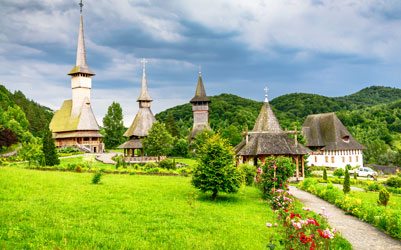 As a part of the EU, Romania requires no visas from EU citizens who travel to the capital, Bucharest, or any other region in the country. However, being out of the way for most travellers, it is best to search for flights to Bucharest from major European cities such as Frankfurt, Brussels, or Amsterdam. Alternatively, many non-EU visitors who explore Eastern Europe tend to reach Romania overland.

In 2007, Romania became a part of the European Union together with its neighbour Bulgaria. Although it already employs the many of the same entry/exit policies as the other Member States, Romania is still in the process of joining the Schengen territory.

Once the immigration crisis hit Europe in 2016, Romania – as well as Greece and Bulgaria – was one of the countries used by many Syrian migrants as a gateway to EU territory. This wave of unregistered arrivals disrupted the country and prompted the Romanian government to improve its border control regulations. 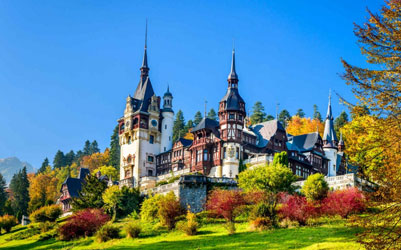 Hence, when the EU Commission proposed the implementation of a new travel authorization system, Romania was one of the first EU nations to vote for it. Despite having been confirmed by the European Union Commission, the ETIAS, or European Travel and Information Authorization System, will only commence in 2021.

The ETIAS will use an online application to gather information about non-EU visitors and share it across both European and international databases. This way authorities from Schengen and EU countries will be able to identify travellers who may present a threat to the health or security of the EU community prior to their arrival.

Given that the ETIAS will only be implemented in Schengen countries, Romania will not enrol in the new system until it becomes an official Schengen Member State. When the ETIAS is introduced in Romania, it will not affect travel regulations for EU passport holders. However, non-EU citizens who are part of the Schengen visa-waiver program will be requested to submit an ETIAS application and pay the fee prior to departing for Europe.

The relationship between Romania and Canada has been close and positive, with 2017 marking 50 years since both nations established diplomatic relations. Since Romania joined the EU in 2007, bilateral relations have only strengthened beyond collaborations in international organizations such as the OSCE and NATO.

There is also a large community of Romanian descendants residing in Canada, which brings both countries even closer on a social and cultural level. This strong influence of the Romanian community in Canada has prompted the Canadian government to establish Canada-Romania group in the Parliament. Both countries have also signed various agreements in foreign investment, social security, and double taxation.

Since 2017, Romanian passport holders have been exempted of visas to travel to Canada for less than 90 days on business, tourism, or transit. Instead, they are required to apply online for an eTA – a new entry regulation implemented by the Canadian government.

Up until 2021, Canadian citizens will continue to enjoy their Schengen visa-waiver program for visits of no longer than 3 months in every 6 month period to Romania and the other Member States. As of 2021, however, all countries part of the Schengen Area – which Romania is awaiting approval – will require an ETIAS from Canadian travellers.

Although the ETIAS will not change the number of days allowed for Canadians to travel in Europe, it will mean that tourists should apply for authorization at least 72 hours before departing for Romania or other Schengen Zone nations. Once approved, the ETIAS will be valid for 3 years from the date of issue or until the designated Canadian passport expires.

The Embassy of Canada in Bucharest, Romania

The Embassy of Romania in Ottawa, Canada