Slovakia is a Schengen country located in the east of the European continent. The territory of Slovakia is limited by four other Schengen States – Czech Republic, Poland, Austria, and Hungary – and one non-EU country – Ukraine.

The country was part of Czechoslovakia, and with the peaceful fragmentation of the territory between Czech and Slavic countries, two autonomous states were created in January 1993: Slovakia and the Czech Republic. The Carpathian Mountains occupy most of the Slovak territory, forming a natural barrier between the plains of Poland (to the north) and those of Hungary (to the south).

In Slovakia, the fertile lands of the Danube river valley are used for growing cereals, wheat, potatoes, beets, sunflowers and fruits. After Slovakia’s insertion in the EU, the industrial sector has been strengthened through foreign investments and an intense privatization process, providing industrial and economic development in the country. However, the unemployment rate in EU Slovakia remains relatively high compared to the other Member States.

The four decades of communist rule in Slovakia are still visible in the large apartment blocks on the outskirts of the country’s capital, Bratislava. Still, the city’s renovated Old Town preserves medieval traditions and boasts some of the most interesting castles in Europe.

Most travellers get to know Slovakia through Bratislava, which is only an hour away from Vienna, in neighbouring Schengen Austria. However, places like the amazing Tatras Mountains on the border with Poland are an example of the many things Slovakia has to offer as a touristic destination.

Although it is great to be visited during a good part of the year, it is between the end of spring, summer and much of the autumn that Slovakia receives most of its tourists. 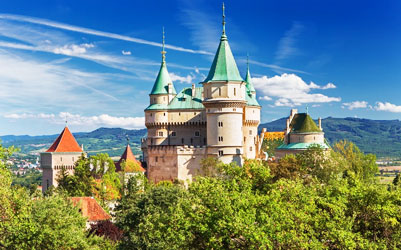 Being a part of the Schengen Zone, both EU and Schengen visa-waiver non-EU passport holders can easily reach Bratislava by land or air from other EU capitals without needing a visa.

Slovakia was part of the EU enlargement of 2004, together with other Eastern European countries and the Baltic States. In 2007, the government of Slovakia signed the Schengen Agreement, becoming an official Member State and opening its borders to other EU nations.

In 2015 and 2016, Europe saw an increase in terrorist events as well as a wave of unregistered migrants following the war break out in Syria. These happenings have impacted many EU countries, both directly and indirectly, including Slovakia. 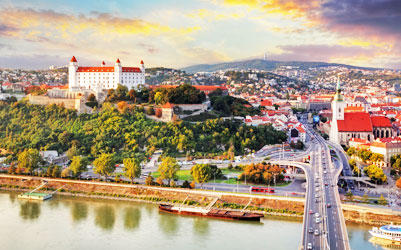 As soon as talks began among the European community for the introduction of a more modern entry-exit system, the Slovakian government has supported the measure. Finally, in 2016 the European Commission announced the creation of the ETIAS as Europe’s new travel authorization program.

The ETIAS is planned to be implemented across all Schengen Member States – Slovakia included – at the beginning of 2021. The European Travel and Information Authorization System will only affect travel policies for citizens of countries enlisted in the Schengen visa-waiver agreement, like Canada or Australia. Conversely, EU nationals won’t have to worry about the ETIAS as even those who aren’t part of the Schengen territory will not be subjected to an electronic authorization.

The aim of the ETIAS is to gather personal and travel information from non-EU visitors prior to their arrival in Slovakia or any Schengen border, in order to identify individuals who present a threat to the EU community. In addition, the ETIAS hopes to speed up passport control processes across Slovakian and the European territory as a whole, by providing immigration officers with detailed information about foreign travellers.

The Canada-Slovakia relationship has been growing ever since the two nations first established diplomatic ties back in the 1920s, at a time the latter was still Czechoslovakia. Afterwards, their bond strengthened when Canada sheltered political refugees from Czechoslovakia in 1948 and 1968, as well as during the Communist rule in Slovakia. These waves of Slovakian migration to Canada throughout history have created a large community of Canadians with Slovak ancestry, which deepens the cultural ties between the two countries.

In politics, Slovakia and Canada have signed several agreements on social security policies, management of nuclear energy, and youth mobility. Canada and Slovakia have also been active partners in global organizations such as the NATO and the OSCE. The governments of Canada and Slovakia have also established a working holiday program for Slovak and Canadian citizens between 18 and 35 years old to apply for a one-year work-and-travel permit.

Slovakia has been enrolled in the Canadian eTA system since its implementation in 2016. After applying and receiving an eTA, Slovakian passport holders are granted with an Electronic Travel Authorization to visit Canada for up to 90 days in every period of 180 days.

Similar to the Canadian eTA, Slovakia and the other Schengen Member States will be introducing the ETIAS as of 2021. This new travel authorization program will be aimed at all nations which are part of the Schengen visa-waiver treaty, like Canada or New Zealand, for instance.

The ETIAS will not change the permitted travel duration for visa-exempt travellers, but it will require that they submit an application with personal information prior to departing for Slovakia or other Schengen countries.

Once accepted, the ETIAS permit will have the validity of 3 years or until the Slovak passport expires.

The Embassy of Canada in Bratislava, Slovakia

The Embassy of Slovakia in Ottawa, Canada

Consulate of Slovakia in Richmond, Canada