Spain is a European Union and Schengen country located in the Iberian Peninsula. The Spanish territory is limited with EU Portugal and EU France, as well as the Mediterranean Sea and the Atlantic Ocean.

More than 50% of Spain’s topography is made up of plateaus, where the altitude averages 600 meters above sea level. The climate of Spain is varied and identifies either as continental (centre of the country) and Mediterranean (east and south coast). The landscape of Spain features various rivers, the main ones being the Tejo, Ebro, Douro, Guadiana and Minho.

Spain ranks fifth among Europe’s top economies, with industries based on the export of vehicles, footwear, shipbuilding, chemical and textile. In agriculture, the Spanish are great producers of grapes, oranges, wines and olive oils. Fishing is also a widespread economic activity, and Spain has the largest fishing fleet in the world. Since the Spain government signed the Schengen Agreement, tourism has been responsible for much of the country’s revenue.

Spain is a country on the move. In more than twenty centuries of history, Celts, Romans, Goths, Arabs and so many other peoples have left deep marks in the culture, gastronomy and psyche of the Iberians.

While the flamenco bullfighters and dancers still thrive in Andalusia, Spain today looks to the future yet with a deep respect for regional traditions. This is particularly true in Catalonia and its thriving capital, Barcelona, always at the forefront of the arts, design, and fashion. 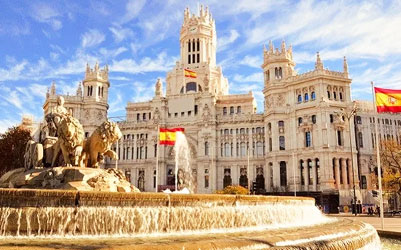 Among Spain’s travel highlights is the impressive Guggenheim museum in the Basque Country, the world famous Santiago de Compostela route, the fortress of Alhambra in Granada, the mosque of Cordoba and the Giralda in Seville. In the capital, Madrid, are some of the best museums in the country, home to the masterpieces of Velasquez, Goya and Picasso.

As a part of the Schengen Zone, Spain has a free-border policy with all other Member States and implements the Schengen visa-waiver program for a series of non-EU nationals, like Canadians. 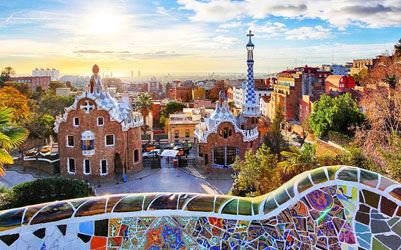 Because Spain is one of Europe’s largest economies, the Spanish government has been an active player in both EU and Schengen affairs and policy-making. Spain’s geographical location has for long made it into a major gateway for migrants from all around the world to enter the European territory.

After the European immigration crisis of 2016, Spain saw an even greater number of irregular migrants arriving in its territory. In turn, the government of Spain teamed up with the other EU Member States to redesign the Schengen border control policies. As a result, the European Commission announced the introduction of a new entry-exit system, called the European Travel and Information Authorization System.

The ETIAS will come into force in 2021 and will be directed at all non-EU travellers whose countries are enlisted in the Schengen visa-waiver program. This means that nationals of Canada or Australia, for instance, who wish to visit Spain as of 2021 will need to bear a valid ETIAS.

As a pre-travel authorization instead of a visa, the ETIAS will consist of a straightforward online application followed by a processing fee and an average waiting period of 72 hours. If accepted, Canadian applicants will receive the ETIAS via email and will be granted the permission to travel to Spain for up to 90 days in every 180-day period.

Canada and Spain have enjoyed a healthy relationship founded on various mutual values and interests, such as environmental conservation policies, promotion of human rights and democracy. As both Spain and Canada are multicultural nations, they also share some of the same challenges regarding immigration and social inclusion.

On a global scale, the Canada-Spain relationship is based on longlasting cooperation in international institutions like the NATO and the United Nations. Since Canada’s enrolment into the CETA, commercial relations between Spanish and Canadian institutions and companies have also strengthened. The government of Canada and Spain have also established academic and social partnerships through the signing of a Youth Mobility Treaty and new student exchange programs in several universities.

Spanish passport holders have been subjected to Canada’s eTA travel policy since its creation in 2016. The Canadian Electronic Travel Authorization was introduced with the aim to mitigate the chances of terrorist attacks as well as control illegal immigration. With an eTA, Spanish citizens can visit Canada for up to 3 months in each 6-month period, as long as their purpose is tourism, business or transit.

While Canadians have long enjoyed a 90-day visa-free travel policy with Spain and the other Schengen Member States, this will change as of 2021 with the implementation of the ETIAS. The European Travel and Information Authorization System will work similar to the Canadian eTA, as it also aims to prevent terrorism and managed irregular immigration.

Hence, starting in 2021 all Canadian travellers will have to apply online for an ETIAS at least 72 hours prior to departing for Spain. Once issued, the ETIAS will be valid for 3 years or until the Canadian passport expires, allowing short-term trips of up to 90 days in every period of 180 days.

The Embassy of Canada in Madrid, Spain

Consulate of Canada in Barcelona, Spain

Consulate of Canada in Malaga, Spain

The Embassy of Spain in Ottawa, Canada

Consulate of Spain in Toronto, Canada

Consulate of Spain in Montreal, Canada

Consulate of Spain in Quebec, Canada

Consulate of Spain in Halifax, Canada