A Lookback at the Most Fascinating New Year Celebrations in Europe

The most wonderful time of the year has come and usually, the biggest events happen on New Year’s eve. However, unlike the celebrations in the past, you might have to  to welcome the new year at home. As festivities and big gatherings are limited this year, wouldn’t it be nice to take a lookback at the most fascinating new year celebrations in Europe? 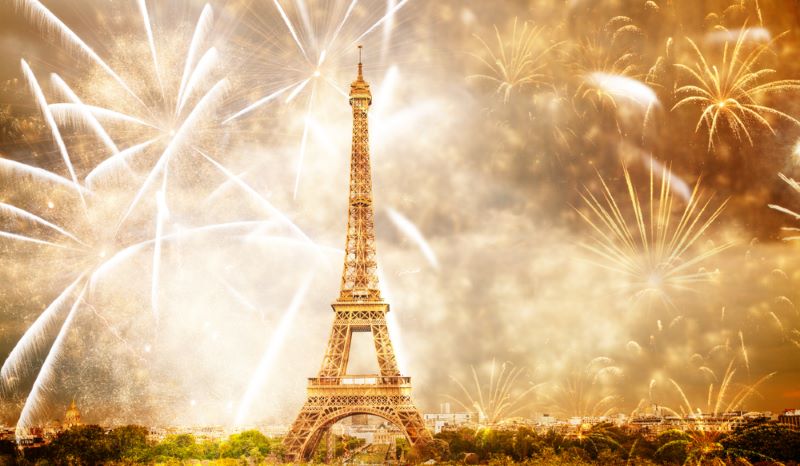 How does spending a New Year in Paris sounds to you? As one of the bucket list destinations of many people, celebrating the start of a new year in Paris will give you more reasons to visit this destination that’s known as the most beautiful city in the world. Celebrations may be in the form of shows and dining experiences. Or you might want to go on a dinner cruise on the Seine river where you’ll be treated to a festive holiday menu plus a live orchestra.

The fireworks display in Portugal is one of the New Year’s eve celebrations in Europe that you’d surely want to witness and be a part of.

It is so grand that in 2006, it was officially recognized by the Guiness World Records as the largest fireworks display in the world. Even from a distance or when aboard a cruise ship, you will still be able to see this large fireworks display as it lights up the sky on new year’s eve with bursts of colors and spectacular lights!

Celebrating New Year’s eve in Berlin is like joining a grand occasion in style together with about a million visitors. 2019’s celebration at the Brandenburg Gate included a 2-kilometer line up of performances, lights and laser show, party tents, and food stands! Aside from that, a fireworks display has been prepared which marked the start of the new year–as well as the celebrations that lasted till the wee hours.

One of the fun New Year’s eve celebrations happen in Porto. Here, the festivities happen in different locations. You an join street parties and see programs that other tourists also flock to. If you want to party til dawn, you should check out the night clubs in the city. A huge party at the Porto City Hall also takes place where a large crowd gathers to celebrate the new year complete with fireworks and musical extravaganza!

While there really is no official event in this city of Iceland, the celebrations throughout Reykjavik never failed to offer extraordinary experiences. Different from the other New Year celebrations in Europe, in Reykjavik, the fireworks display is a collective effort from the people living in the city. By 11:35 PM, a magnificent fireworks display begins as the residents set off tons of fireworks! Usually, the celebrations continue even after midnight in the nightclubs and pubs in the city.

ALSO READ: THE BEST PLACES TO SPEND AN AUTHENTIC CHRISTMAS IN POLAND

New Year’s eve celebrations in Europe are fascinating and something that you’d surely want to experience. While you may not yet be able to travel this year, you can include this in your bucket list to experience how Europeans prepare for one of the most momentous events of the year

Planning to travel to Europe soon? Don’t miss the ETIAS visa travel authorization that that you need to prepare for. Talk to us to know how we can help you.

Insurance in Poland: all you need to know

7 German Dishes You Have to Try

How to Experience Nature in Switzerland