Travelling to Europe with a Criminal Record 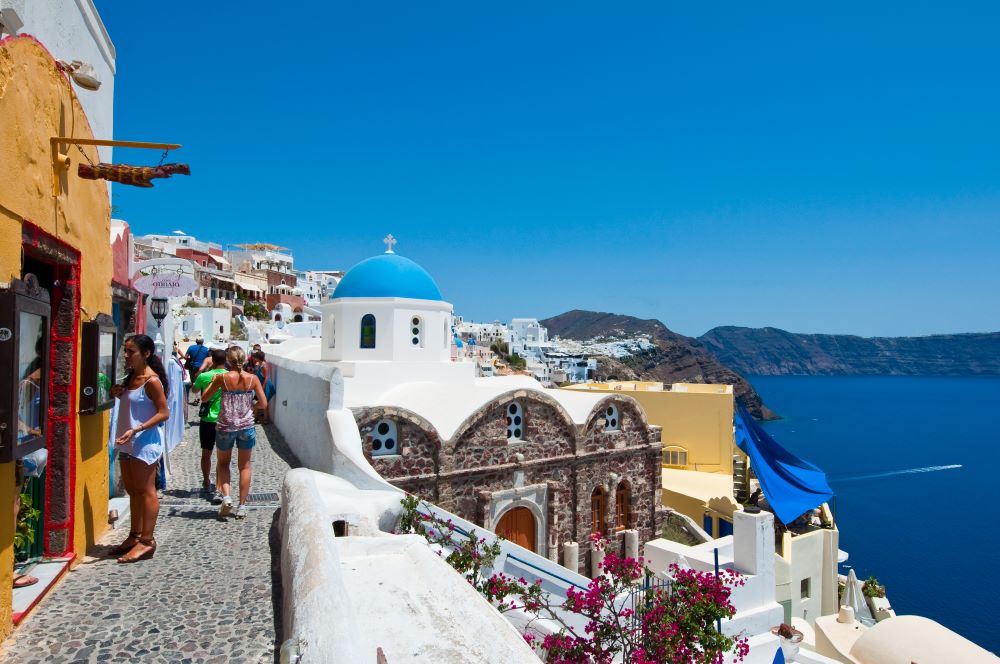 To regulate the immigration flow of visitors with criminal records, the European Union has implemented a new European Travel Information and Authorization System also known as Etias.

In the legal world, having been charged with a criminal record and living the consequences is known as the “four C’s” or – collateral consequences of criminal charges.

From getting a new job, obtaining a loan, or travel abroad, the four C’s can reach far and jeopardize a person’s life irrevocably.

Travelling to Europe with a Criminal Record

Regarding travelling, the EU is generally tolerant towards minor criminal charges. Even for those convicted to jail, if the time spent behind the bars is less than 3 years, entry to the EU or the Schengen Area will most probably be allowed.

The above however applies to those who can travel visa-free to the continent. The reason for this – travelling without a visa means travelling presenting only the passport. And travelling among the Schengen Area states means no border crossing.

However, visitors with a criminal record may have problems in one of the following situations:

Although travelling visa-free, if you plan to hire a car your driving license will most probably be checked for past or present offenses.

Car hire companies will be interested in the following:

It is possible, a person with criminal record to have trouble signing a fair trade with an insurance company. Please, check all the details in your contract to avoid unpleasant situations.

The vast European area is formed by States from the Schengen Area and those from the European Union. This makes it possible when crossing the borders between the two Zones, that different rules regarding minor criminal charges could apply.

Will ETIAS change the way we are travelling now?

The new EU & Schengen Area travel permit ETIAS is expected to kick off as of the end of 2021. This will most likely have some impact on the tolerance level towards those travelers with criminal records.

This is because of the process of collecting and checking EU security databases will be fully automatized and sharing of information among nations will be quicker and easier.

To obtain your ETIAS authorization, your data will be collected and cross-checked for links with organized crime, terrorist affiliations, and everything that can present a security threat to the region. The data from the applications will also be filed for some time.

Organizations such as Europol, the European Border and Coast Guard, but also local force units will be in charge of monitoring the potential visitors’ applications. With this in mind, we do not expect the EU’s policy regarding foreigners with minimal criminal charges to change.

However, it is possible that the application form will contain some questions linked to the candidate’s criminal record.

Unlike ETIAS, the U.S. online travel permit ESTA and the Canadian authorization eTA do not accept travelling under their Visa Waiver programs of people with criminal charges. It doesn’t matter if they are past or present. 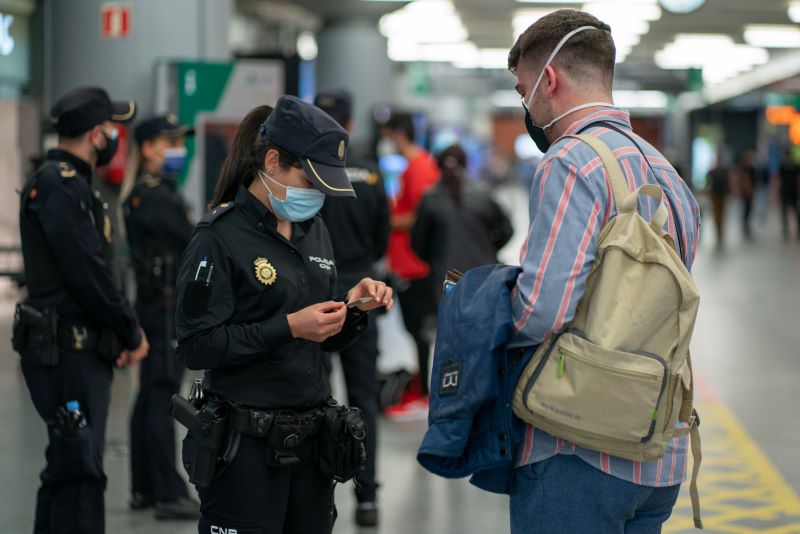 Travelling with criminal charges to other countries

As the process of obtaining a visa requires in deep screening of each traveler’s background i.e., the criminal record, the information below applies to the visa-free travelers:

Those travelling to Australia with an eVisitor visa must not have been charged with any criminal convictions for a sentence of 12 months duration or more (whether served or not), at the time of travel to, and entry into, Australia.

This is why travellers to Australia will have to disclose any pending offenses and whether they have been ever convicted of an offense anywhere in the world. And they won’t be authorized to travel with an eVisitor visa in case of a:

In case you cannot apply for the Australian eVisitor visa due to the above, you can still apply for a regular visa through the Consular services of Australia where you will have to present a police certificate.

Travellers to New Zealand can apply for a Visa Waiver – a visa-free travel permit obtained online valid for six months.

However, they will need to apply for a character waiver prior to applying for the online travel permit if one of the following has occurred or is occurring:

Visitors, travelling visa-free to Japan, are asked upon arrival to complete a landing card – Disembarkation Card for Foreign Nationals answering the following question:

Choosing to answer with Yes means only that you will be questioned at the border and does not mean that you won’t be allowed entry to the country.

Japan however has strict rules on some points regarding whom to deny entry.

Entry will be refused to those who:

The above does not apply to those convicted of political offenses.

India has established an online travel permit for those nationals travelling without a visa and the online application form asks about visitors’ potential criminal records.

Travelers are required to answer questions related to:

If you answer positively to one or more of these questions, you will need to present a valid police certificate and officers on the spot will decide whether you can proceed or will be asked to return to your country.

Among the countries that allow entry despite the presence of minimal criminal charges or there is no information on asking about it upon arrival are China, Thailand, Mexico, South Africa, Turkey, Morocco, among others.

The United States of America

In 2007, the USA have introduced ESTA – the Electronic System for Travel Authorization and as all the online travel permits, this one too allows visitors to travel visa-free. In order to make sure a person complies with the entry requirements, the application form contains 10 questions on a potential criminal background.

The questions are pretty detailed and ask about:

These questions suggest that people with criminal records are not welcomed to travel under the U.S. Visa Waiver Program. Of course, one could decide to hide certain information and reply negatively to these application’s questions.

However, if caught, this person will not be allowed to enter the States and will lose the possibility to apply for a regular visa for a period as long as 10 years.

The U.S. Customs and Border Protection agents have access to a database and also have the right to interrogate individuals upon arrival despite the fact that they have an approved ESTA authorization.

Visa-free travellers to Canada need to complete the online travel authorization eTA before boarding. Those with criminal charges even for a minor felony are not allowed to travel under the Canadian Visa Waiver program.

They will however be able to apply for a regular visa via the Canadian consular services where applications are considered case by case.

Travellers to Canada will be inadmissible for sure if they have:

There is a way though, for those with minor charges, to be allowed to enter the country. It will be up to the immigration officer to be convinced that the visitor has been deemed rehabilitated. 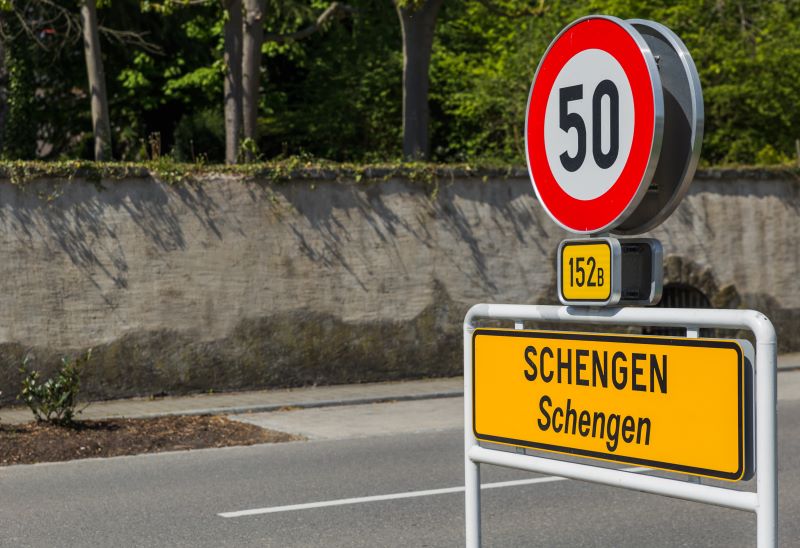 Until now, visa-free entry to the Schengen Area has been significantly easier in comparison to other countries, especially to Australia, New Zealand, Canada, and the USA.

With the ETIAS implementation – the EU & Schengen Area’s visa-free application program, it is highly possible that reciprocal measures will be established.

All the above states’ citizens, except for India’s, are part of Schengen’s free travel list of nations. Therefore, in the near future, they will be subject to stricter regulations with regard to their potential criminal background.